So I’d heard raging reviews about these two and that they just had to be seen. I also heard the zoo was the best rainforest zoo in the world.. Apparently.

So I like zoos or at least I thought I did, but maybe I’ve just grown out of them? I didn’t think anything of this zoo at all. Sure there was the odd cool moment like seeing the monkeys but it really was just your typical zoo..

I did get there quite late and only caught the elephant show so perhaps that stopped me from seeing the best bits?

But this is definitely the most overrated zoo I’ve ever been to.

The problem I have is with the fact I’ve been to so many amazing places. I’ve already been to both San Diego zoo and Edinburgh zoo, both incredibly big and open spaced and I’ve even seen pandas so it’s difficult to really top that. I just wish people wouldn’t rave about places so much in hostels when I travel.. Going forward, I’m going to try ignore them as it builds up my excitement to a let down normally.

The night safari is the first in the world and that was a major waste of money for me. Despite it winning a ton of awards, it’s exactly the same as the daytime safari they have in Disney’s Animal Kingdom in Florida where I used to work so I used to go on it for free all the time.

Don’t get me wrong these places are probably great if you’ve never been anywhere like them but from now on whilst I’m travelling alone I’m going to be avoiding attractions like this to save money and see more cultural things.

Unfortunately I have a zoo visit booked for Sydney already so I’ll be going to that but I do hear it’s good.. That could be ‘good’ again though.. Haha we will see.

So a pretty disappointing day yesterday really. It was paired up with my travel cashcard provider messing up my finances aswell. Couldn’t get access to any of my money so had to whip out the emergency credit card to pay for the zoo tickets! Not good.

All sorted now though, and I am ready to spend spend spend! (Although backpacker budget spend that is 😉 ) 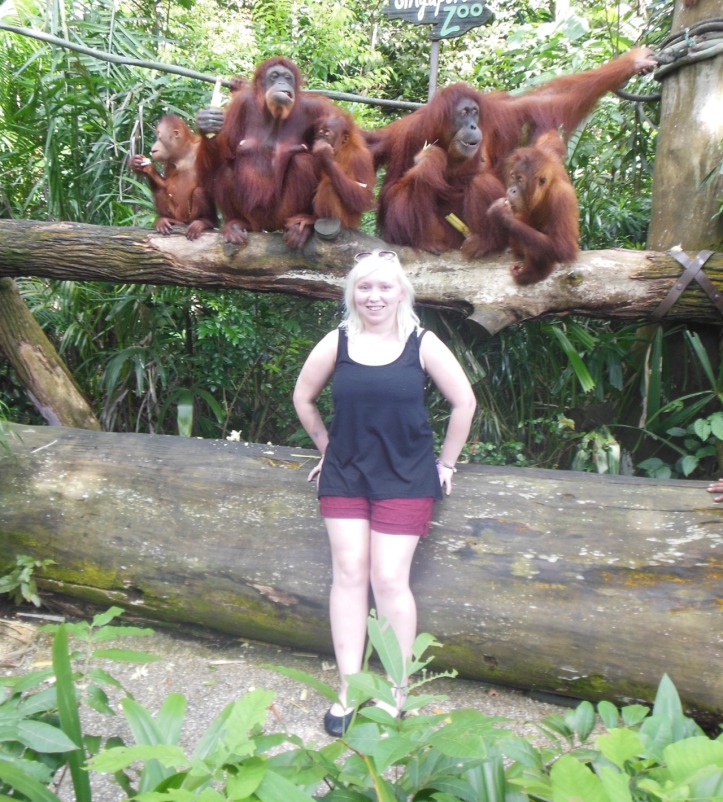 Back where the sun is always shining and my face is always smiling ☺❤️ #salou #travel #espana #spain #palmtrees #salousign #beach #yolo #myfaveplace
Still waiting for the clouds to clear and it to get warmer here in Yorkshire!
Scarborough looking fabulously blue at the weekend 🌊☀️ New Post on my blog >> Link in bio!
Love a good walk on a beautiful Autumn's day ❤️ #autumn #bradford #walking #travel #ramblers #reservoir #chellowdene #beautifulplaces #landscape #uktravel #yorkshire
C'an Pastilla Beach looking very quiet in 2020 😷
Exploring the old town of Palma today.
This week I'm in Majorca for the first time! Today I'm out exploring Palma city. If anyone has any recommendations for whilst I'm here that would be fab 👍
Not a soul in sight 👀
The last sunset of my 20s >> Had to be a good one 💕