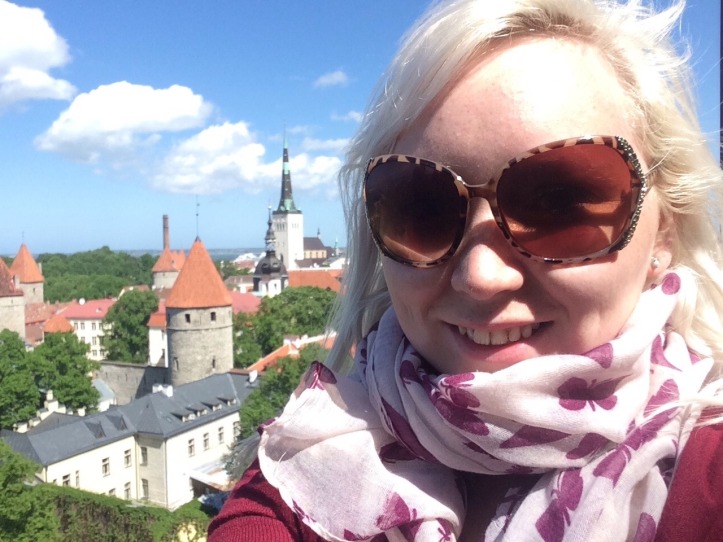 Currently sat basking in Estonian culture (or not) in an American diner called Route 13 near Tallinn’s town square.. But who can say no to 241 cocktails right?

Arrived around 6pm yesterday, wasn’t keen on the airport.. Seemed to take ages to get through security and then I sat outside the airport waiting for a bus for ages too. But a little while later and I reached the city! Found my hostel and instantly got chatting with a girl who had also just arrived same time as me, she was from Germany. So we agreed to meet in the common are after I spotted they sell my fave cider that I lived on back when I was in Latvia,.. Must be popular over here.

So within minutes I was chugging a cider with 2 Australians I’d just met who were staying in my dorm room. One was from Sydney the other Melbourne but both had just finished working on their UK visa’s in London. We were talking about living costs and it was interesting to hear their outlook on things and the fact you earn so much more money in Australia. They were recommending I move out there to buy property.

After watching a bit of Australian football which I’d never seen before, we headed to a sports bar to watch the champions league. Every bar in Tallinn was ram packed! Me and the German girl and another girl from Canada ended up heading out for food instead and it literally took us forever to find somewhere with a table. The Canadian girl said she was getting angry.. Glad she’s moving on today as that’s the kind of person I don’t need to spend my holiday with..

After dinner we headed back to the hostel where I was shattered so went straight to bed.. Obviously got woken up by drunken Australians at 3am.. Ha. Didn’t bother me though, it’s to be expected in hostels. In fact I even heard a girl say to the Ozzie guy.. Shhh there’s people sleeping and the guy looked at me and went it’s cool it’s only Sophie she doesn’t mind.. Ha disregarding the other 6 people asleep in the room.. Oh the beauty of backpacking.

Today I’ve just finished a walking tour and now eating dinner and sipping cocktails whilst listening to american classics. I like this bar it’s cheap and cool.

I love the look of Tallinn. Feels like I’ve stepped back in time however I can see there’s possibly not that much to do here, I think 2 days would be perfect which is how long I have. Tomorrow I’m getting a ferry over to Helsinki and spending the day in Finland then I have another day in Tallinn where I’ll go visit the prison and palace (separately obviously! That would be worrying otherwise..) then I have an early morning bus to catch to Riga, excited about going back! This afternoon I’m going to go shopping, can’t wait to hit the mall! Until next time..