The one with all the Friends

I’m pretty sure for most of us growing up in the 00’s, Friends always will be there for us. Even now, 14 years after it ended (wow!), a lot of us still talk about, watch and (quite often) quote the iconic show that is Friends.

When visiting Hollywood I found out that you can pay a visit to the studios in which Friends was actually filmed! Whilst set in New York, it is very much filmed in California and you’ll be happy to know you can visit the closed set still to this day. You can even sit on the original Friends couch. Which I definitely couldn’t say no to of course… 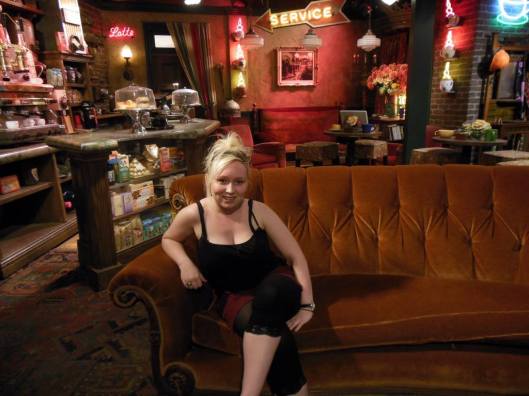 I’m a big fan of Friends and would highly recommend doing the Warner Bro’s studio tour. Whilst you get to visit the original Central Perk, you also get shown where they filmed other episodes of Friends outside of the cafe. If you’re not quite sure that’s enough for you to pay the entry fee, the backlot is also home to other tv shows such as Pretty Little Liars, True Blood, Gilmore Girls, Big Bang Theory and an endless amount of movies including Batman, Back to the Future and so many more!

When in New York I even had a glance at the famous Friends apartment block. Do you recognise it?